I'm guessing that wasn't a diet.

Took the kids to see The Emoji Movie this after noon for a matinee showing. We brought our own low carb popcorn for a snack while we watch (we normally get popcorn and drinks). I brought our blue diabetes backpack the hospital gave us. I had our large notebook, our small notepad, the popcorn, a couple low rescue snacks and his blood sugar testing equipment. At the door, the ticket checker said "Umm, we don't allow backpacks." I simply stated that it's diabetic supplies, he apologized and let us through.

We went to the concession and got drinks for us all. Diets for the kids. We enjoyed the movie and got refills on our drinks on the way out. After walking out of the theater room, Daniel looked a little pale (a tell-tale symptom of low blood sugar as we've noticed). So, we sat in the lobby and checked. 162. Almost perfect! Yay!

Then we left with our refills and I dropped the boys off at the house so Evie and I could go to the store for groceries. I was comfortable doing this because Daniel can check his own sugar levels and has noticed how he feels when he's low but not so low that he can't check his own sugars.

While Evie and I were at the store, I got a text message from the boys stating that his sugars were 311. What? I called them and asked if they washed their hands, if Jacob helped, if Jacob touched the tip of the sensor when getting it out of the canister, etc. I assumed it was a malfunction of testing. I finished shopping cause he was acting okay and feeling okay.

I asked them if he ate or drank anything, made sure that the soda he drank from was his own and not Jacob's (which was not diet), they said no. Nothing out of the ordinary to explain the sudden high. Except, maybe, if the soda dispenser we refilled at at the theater was not hooked up right and it wasn't diet after all. :(

I've since been informed by another T1D mom that you can use the glucose meter to check the drink. By placing a drop of soda on the strip, you can determine if it's diet or regular by the reading. Neat trick I'll be using in the future as I can't always tell if it's diet or not.

For today, we just made an adjustment to his dinner insulin dose as directed by his endocrinologist's office. 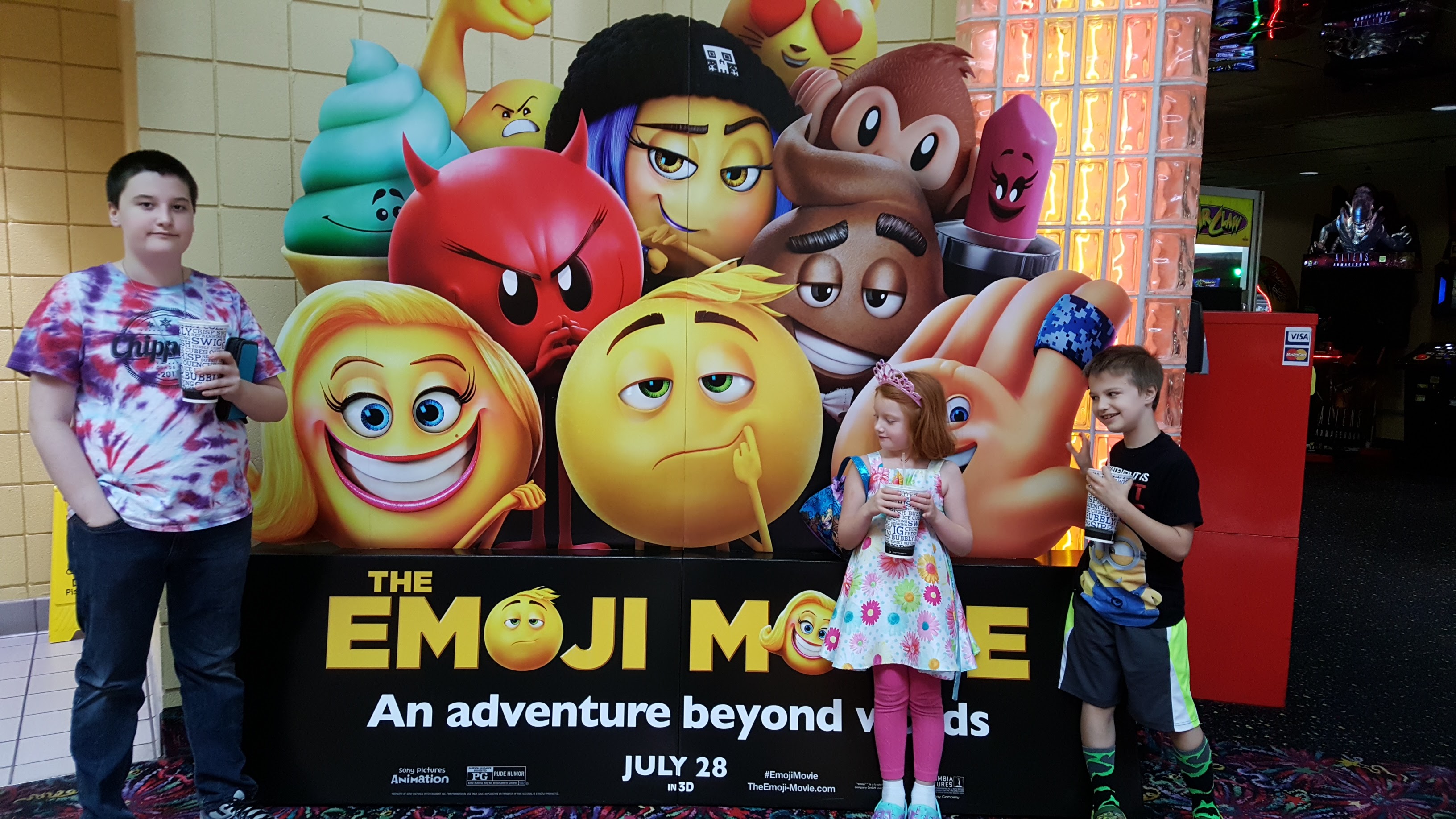