He named his pump

With the new pump, it's all attached. The pump is the handheld part and the pump site is the part attached to his body. But, we've gotten used to the old terminology. So, the brilliant boy says "we need to name the handheld part of the pump".

So I said, "What do you want to name it?... George?" and he excitedly put a big grin on his face and said "YES!" Why George? Well, it's family history, really. You see, my Grandpa Darby had so many girls (4) who had so many girls (8), and he couldn't keep us all straight sometimes. So.. if we were all together and he yelled "George" we knew he meant any one of us or all of us and we should pay attention. So, in this family we name things George when we can't decide on a name easily. It's that or Bob.

So... his pump is named George. So, if you are around us and I ask Daniel if I can see George, I'm talking about his pump device. 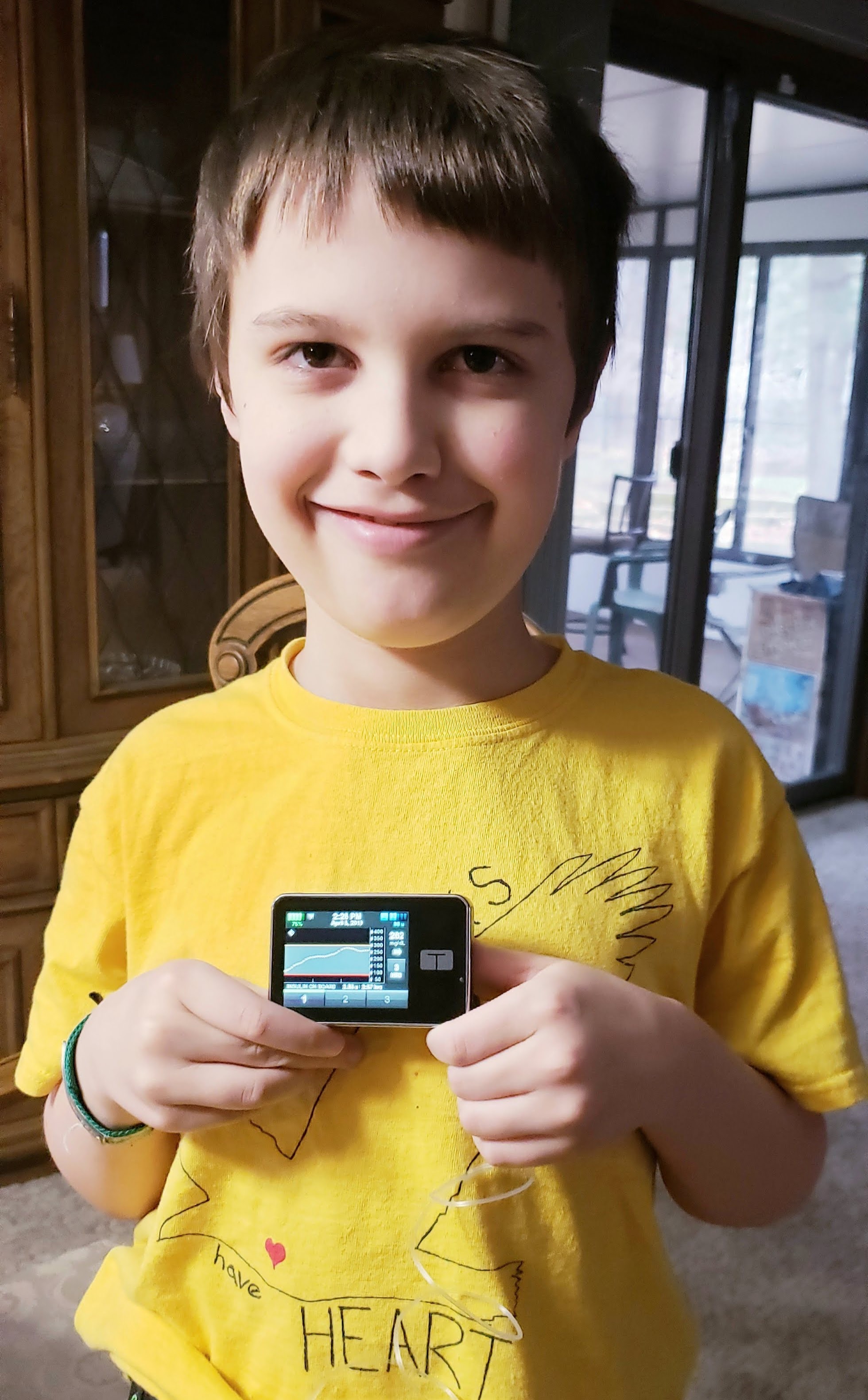