The Move to Oregon Part 1: Where to begin: Get the house sold!

I don’t even know where to start, and this will be long. I’m breaking it up in parts for ease of reading. There are 4 parts to this move.

I’m gonna start typing and will likely take a couple days to type it all up and make sure it’s coherent. Of course, by the time you are actually reading this, it’s already been a couple of days and it’s in order enough to be posted, so the point is moot.

September 2019. I announced in the blog that we were moving back to Oregon after living in Michigan for almost 5 years. Brad had already started his job in Portland, OR and was staying with friends while the kids and I were in Michigan doing everything we could to sell the house and spend time with friends to help make the transition better for us. What was proposed by more than one realtor to only take two weeks, ended up taking over 6 months. Brad was able to work remotely from Michigan for a stint from mid-November until mid-January. He and I worked tirelessly to make updates to the interior of the home while also trying to keep it show-ready, keep the kids in school, and still not sleeping well thanks to being the parent of a kiddo living with Type 1 Diabetes. The rest of the time, Brad spent in Oregon and I was essentially a single mom and struggling.

Some days were hard. Some days were easier. Most days, I slept after taking the kids to school, if the house was clean enough. I began having difficulty sleeping, difficulty eating, and even difficulty keeping food down… all because of stress. The kids were as helpful as kids can be when they don’t understand everything involved. I made a deeper connection with a neighbor in the process, though.. And that almost made it harder to leave. Why is it that I always make friends right before leaving a place?

Fast forward to February 2020. We had an offer. It wasn’t what we wanted, we had ended up dropping our asking price $60,000 before getting an offer and the offer was low compared to the current listing price. It was hard. However, we needed to take it. Brad found us a home in Oregon. We ended up having to spend a little more than we wanted and downsizing on top of it because of the fast market. Nonetheless, we offered and were accepted, so both houses managed to close within days of each other. This felt like a minor miracle because the markets were acting opposite, the fear of selling our Michigan home and not being able to buy because of the speed of sales in Oregon, was daunting. Both homes passed all inspections and closing happened per original contracts. 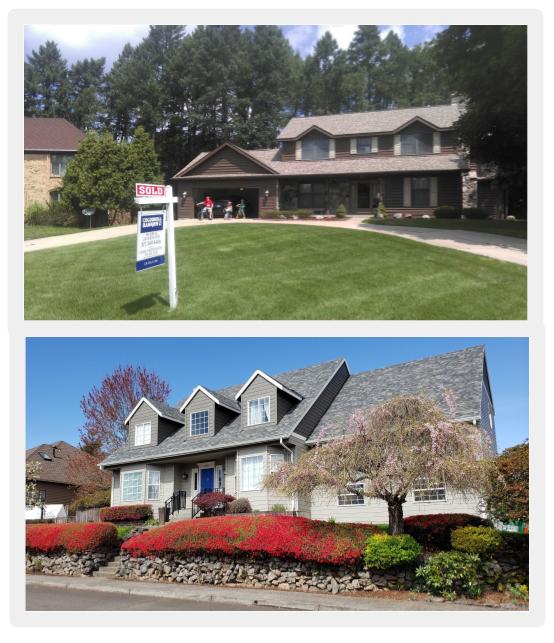 Mid-March, 2020. The move begins. We decided to drive back to Oregon and hoped to take our time and see the sights that we didn’t get to see moving out to Michigan 4.5 years prior. Our trip out was rushed, and the trip back was going to be better. Or so we planned.

The day we left was hard. Wednesday, March 11th. The movers had loaded the truck the day before, after we spent Friday-Monday packing. We slept on air mattresses, half of which deflated overnight. We also had loaded up the insulin in bubble wrap per pharmacy recommendation, inside our new, expensive, yeti cooler and left it in the van overnight. When we got up and started preparing to take the kids to their last day of school, the bluetooth thermometer inside the insulin cooler sync-ed with my phone and told me that it was too cold. I had to work to not panic. Thanks to endo’s overwriting the prescription, we had managed to save over 2 years worth of insulin. We gave almost 10 vials away, but kept the rest because of the reality of Covid-19 possibly slowing the chain of supply. We had about 20 vials in the cooler and now they were all possibly frozen and not usable! That’s around $6,500 worth of insulin. The worst part... we didn’t want to un-seal the packing job to check, because we didn’t have anything to repack it with (bubble wrap and tape). So we adjusted the ice packs as we went, trying to keep the bluetooth thermometer reading in the proper range of 36°-46°F. We now had a case of Schrodinger’s insulin. Could be viable, might be dead, won’t know til we open it.. In 4-5 days.

We took the kids to school, and began cleaning the house. The plan was to clean the house and pack the van with ALL the diabetes supplies (not risking those expensive things getting lost in a moving truck), beddings, whatever belongings we saved for using the next 2 weeks+, and entertainments (got new dvd players) and dog stuff and ……… then pick up the kids at the end of the school day, say goodbyes to friends and hit the road. We all know that when you make such ambitious plans, Murphy's Law steps in to laugh in your face and kick you after you fall down.