On September 7th and 8th we had a record breaking wind storm. We knew it was coming and moved our patio furniture and trash cans into the garage. Many in our area lost power on the 7th. We, however, didn’t lose power until the morning of the 8th, after Brad had made his coffee and breakfast and sat down for a morning meeting online.

School was supposed to start for the online orientation week that morning at 9am for the younger two kids. Around 8:00am we had to move the insulin from the insulin fridge to the yeti cooler because it was too warm inside the insulin fridge. I emailed the teachers to excuse Evie and Daniel from their morning virtual class and continued to work on keeping the insulin in a safe temperature range. Thank goodness for MedAngel bluetooth thermometer! That thermometer has come in handy so much since we bought it a year and a half ago.

The power came back on at 9am, but the wind was supposed to keep up through 1pm, so we left the insulin in the yeti for the next hour, just in case. The power stayed on, so we had Jacob do his school orientation that was scheduled for the afternoon, and Brad continued his work day. I focused on breathing as reports of fires all over Oregon started coming in. Friends and family all across the state were facing possible evacuations. My heart hurt so much from all the posts coming across my facebook feed of areas in Southern Oregon where the fires had jumped highways and rivers and started burning down cities. I decided I had to take a break from online and just pray.

Then…. Then, we found out we were in an evacuation zone and didn’t know it for a few hours. I found an evacuation map that was shared in a local mom’s group that showed a fire 15 miles from our home, but the only levels shown on the map were the current level 3’s. There are three levels of evacuation. 1 is get ready, you have lots of time to pack. 2 is pack now if you haven’t already, and 3 is go!. Word on the facebook street was we were in a level 1 zone, but we couldn’t confirm it because the resources only were showing level 3’s. My inside panic was taking over, so I started packing up our Diabetes Medical Supply Closet to help myself feel better. 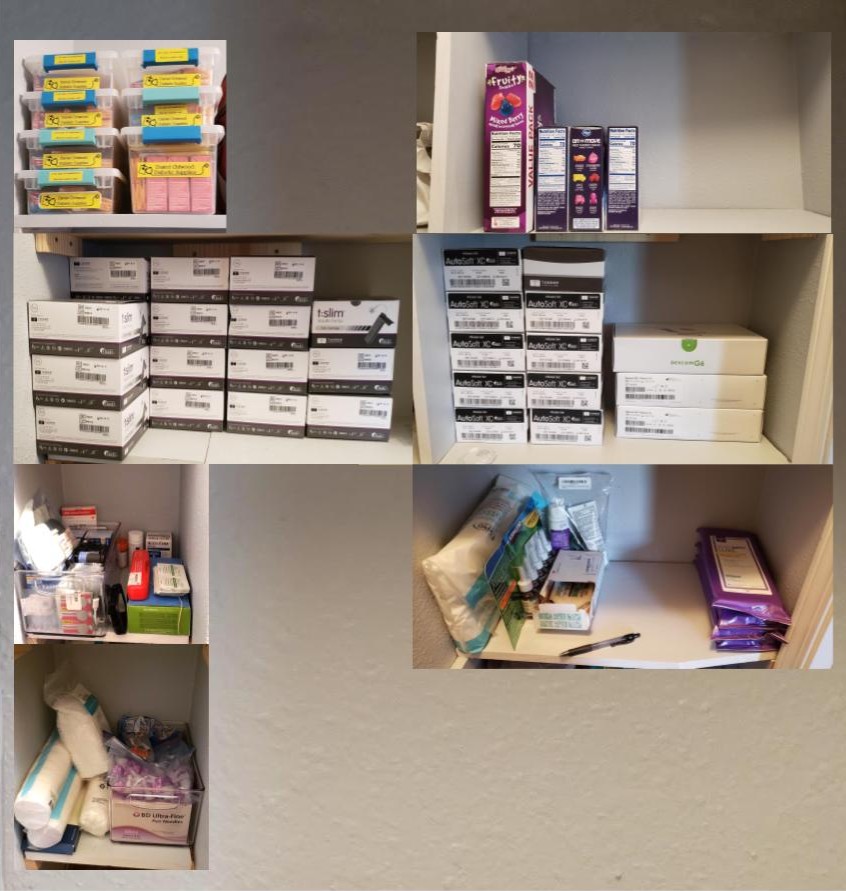 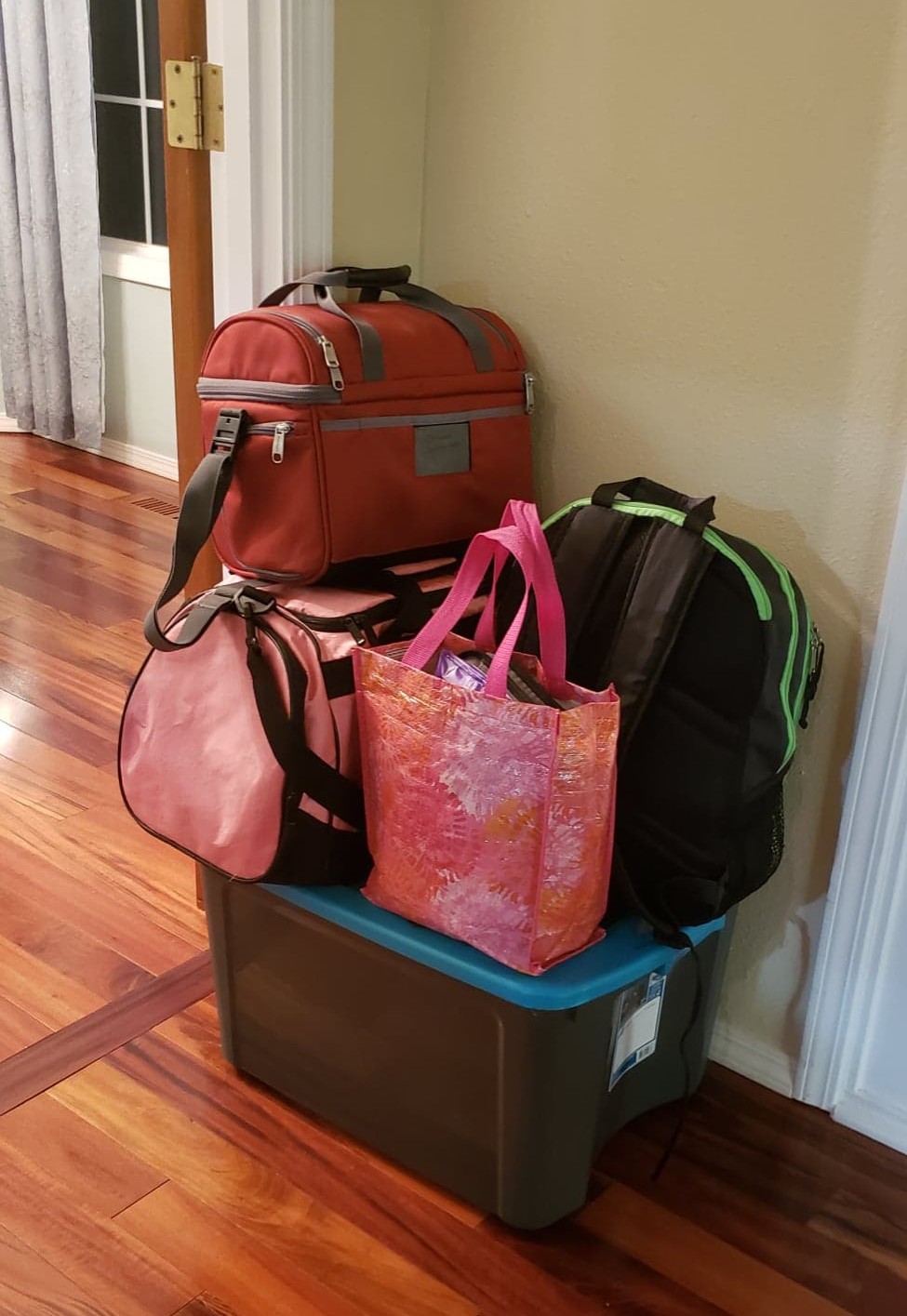 Then it was confirmed, we were level 1. Brad and I sat down and talked out our plan. We decided that we would evac if we hit level 2. We picked an evac location and confirmed it with a friend who invited us. We chose a back-up plan in case that friend’s house was under evac orders. We even talked about what we need to pack now and what we needed to grab on the way out the door. Then we began collecting and packing. We had each kid pack a bag of clothes and loved items. I started loading stuff into the van. Then… Evie had a bloody nose. I had to stop packing to help her. Then, we realized it was Dexcom night. How to change a CGM sensor while changing out nose bleeding cotton (toilet paper) every 5 minutes? You have the tech boy sit on the toilet backwards next to his sister who is hunched over the bathroom sink with toilet paper shoved beneath her nose. 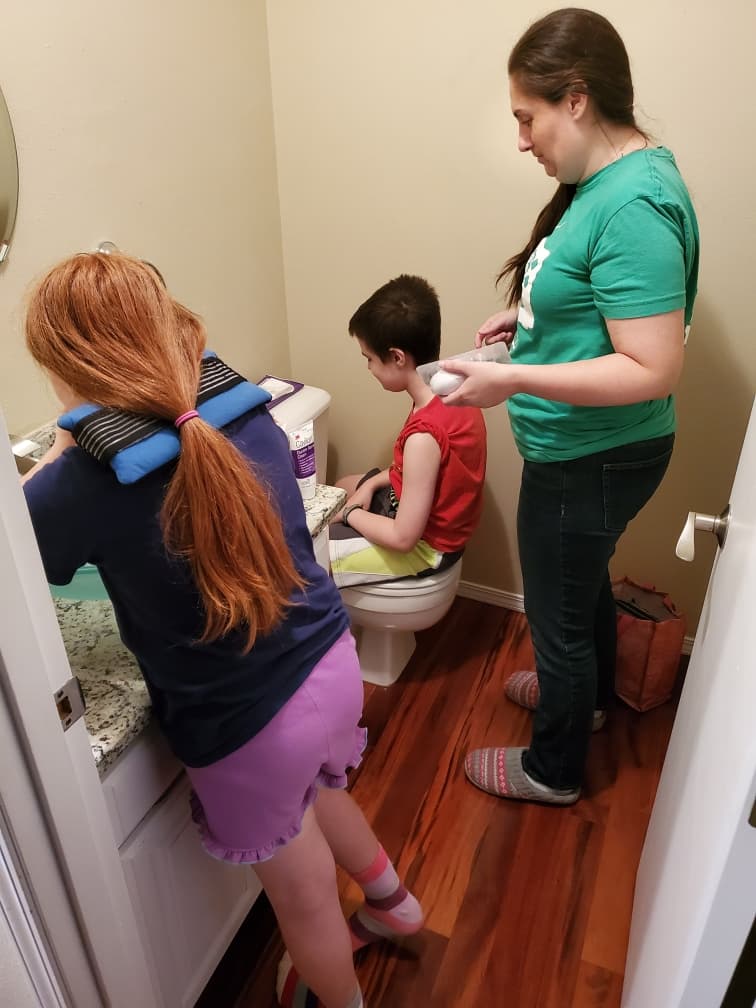 Over the course of the next few days, we let the kids do what they wanted. We forgot about school. We watched the evac map for changes. We signed up for all the news notifications that we could. Brad worked, I kept the kids happy and watched Daniel's blood sugars and tried to keep myself calm. Every day, we added things to the van that was packed the first night. We kept thinking of another thing we’d be sad to lose if we evacuated and the house was lost. We kept in touch with family so they knew we were safe. And we kept breathing. The smoke made the outside toxic. It made some of the inside toxic, too. The smoke seeped through door jams, window seals, bathroom fans, and even the dryer vent. But, we remained on level 1.

Meanwhile, I had to remove stuff from the van when it was “pump night” and we needed to change Daniel’s pump site. We tried to keep occupied and played a board game or two. Daniel snapped this picture with his tablet. 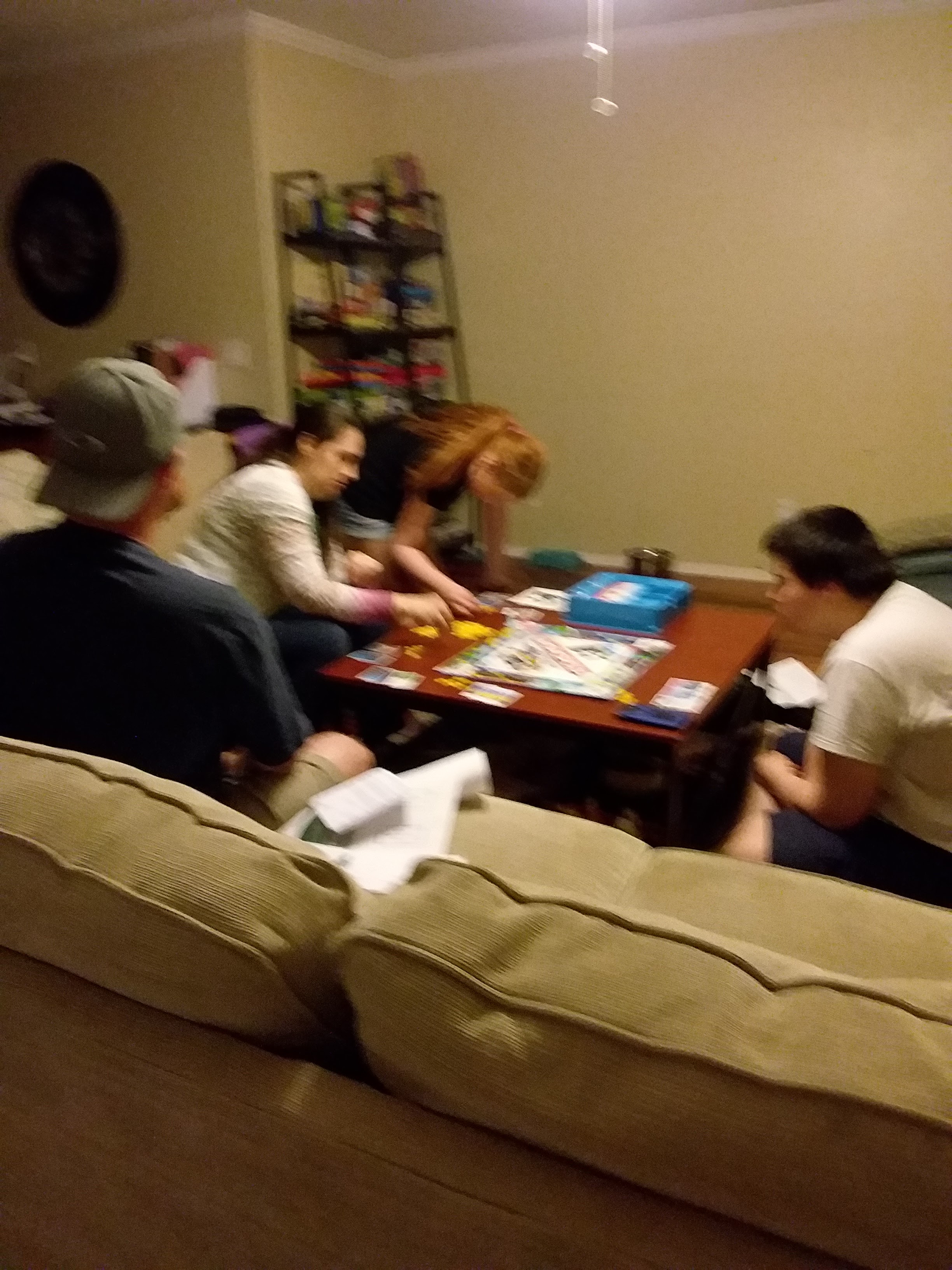 Level 3 kept expanding. Level 2 kept creeping closer and closer. Family nearby us were evacuated. Family farther away evacuated with little notice and lost everything to the fires in Medford. Over 50% of our county was under level 3 evacuation orders by the end of the week. Rain that had been projected, did not come. The air continued to become more and more hazardous. Level two moved to just down the street. I took pictures of every room in the house so we could have an inventory starting point for the worst case scenario. Then…. We waited. There was no change. We are the teeny tiny little dot above the tiny arrow with the "we are this dot here" on the photo. 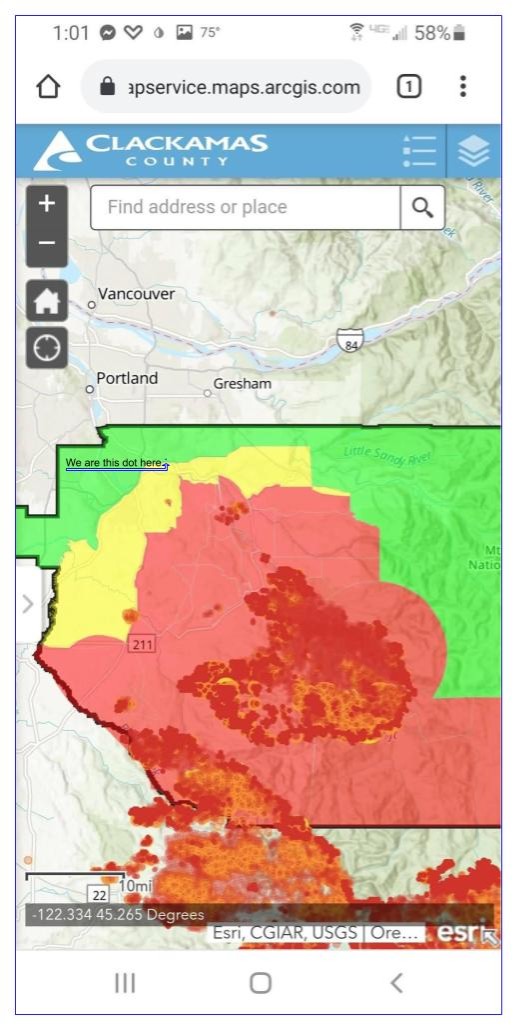 September 13th, 1:12pm. Our evac status was removed. We were officially safe. Six days of evac status level 1. The smoke stayed for around 10 days before we started getting cleaner air quality again. I know it was 10 days because when it started lifting, we needed to change the Dexcom again and we do that every 10 days. We slowly started unpacking the van. Good job, family. Nice fire evacuation drill.

I will post a blog about general T1D preparedness and include some helpful links.

Please keep the western states in your prayers. Many of them are affected by fires still as of September 22nd.