It's Hard to be a Warrior All the Time

Type 1 Diabetes: the chronic, life-threatening condition that requires kids to become warriors. But it’s hard to be a warrior all the time. He’s only 12.

While other kids his age hate doing chores because it takes away from playing... he’s hating diabetes cause it takes away from doing chores any time of day, and on days assigned to him. He can’t just take out the recycling. He has to check his blood sugar, maybe eat a snack to keep it balanced, turn down the insulin on his pump, then wait an hour to start breaking down the boxes. Otherwise, he’ll “crash”, feel like garbage for 30 minutes, and might not be able to finish the chore. He has to arrange his day of doing dishes so that it doesn’t fall on a night when he has to change out his life-saving technology, or he will lose out on his normal playing time. He shouldn't have to worry about how to do chores without complications. He should be trying to get out of doing them so he can play another video game, watch another show. "5 more minutes, Mom!"

Until a cure is found, he has to grow up young and it’s not fair!

Today my poor Daniel had his emotions escape through his eyes, then... unable to control it, they came out through his whole body while he tried to eat his dinner. My 12 year old WARRIOR had a minor breakdown. Why, because tomorrow is his night for dishes and we changed it to tonight because tomorrow we have to do double diabetes tech change and I didn't want him tied up in responsibilities from dinner to bed.
I teach my kids that it's perfectly okay for a person of any gender and any age to cry. So, I just let him release his emotions and I waited, next to him, until he was ready to talk.
When he was able to, he said "Diabetes sucks!! I can't even do chores when it's my turn!!"
Yes. Diabetes does suck! 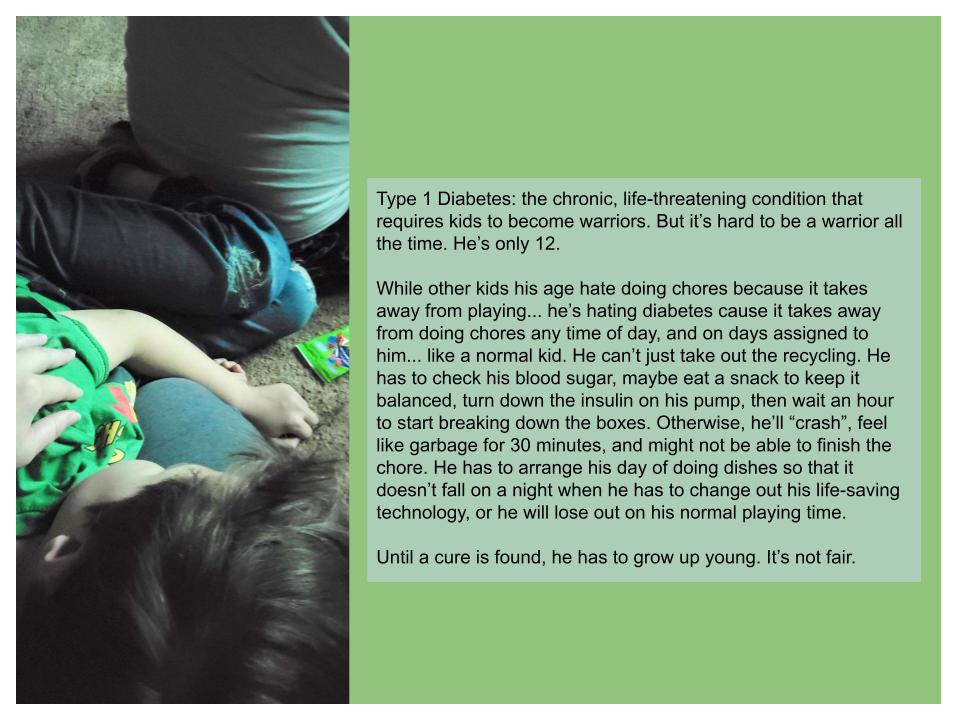 Yesterday was his 4 year Diaversary. 4 years of life with Type 1 Diabetes. It's almost become normal. Almost. It's hard to believe it's been ONLY 4 years, and yet... it's hard to believe it's been so long. The insulin pump and continuous glucose monitor make life more like normal, but it's still far from normal. Normal kids don't have to learn how to count carbs. Normal kids don't have to plug numbers into a device before they can take their first bite of any and every food (sometimes, he takes a couple bites and then tells his pump). Normal kids sleep without worry of blood sugar waking them up in the middle of the night. Normal moms don't have to feed their kid sugar gummies at 2am while praying that the blood sugar numbers stop dropping; while praying that God doesn't take their child right now; while trying not to cry, in case the child remembers this occasion in the morning. 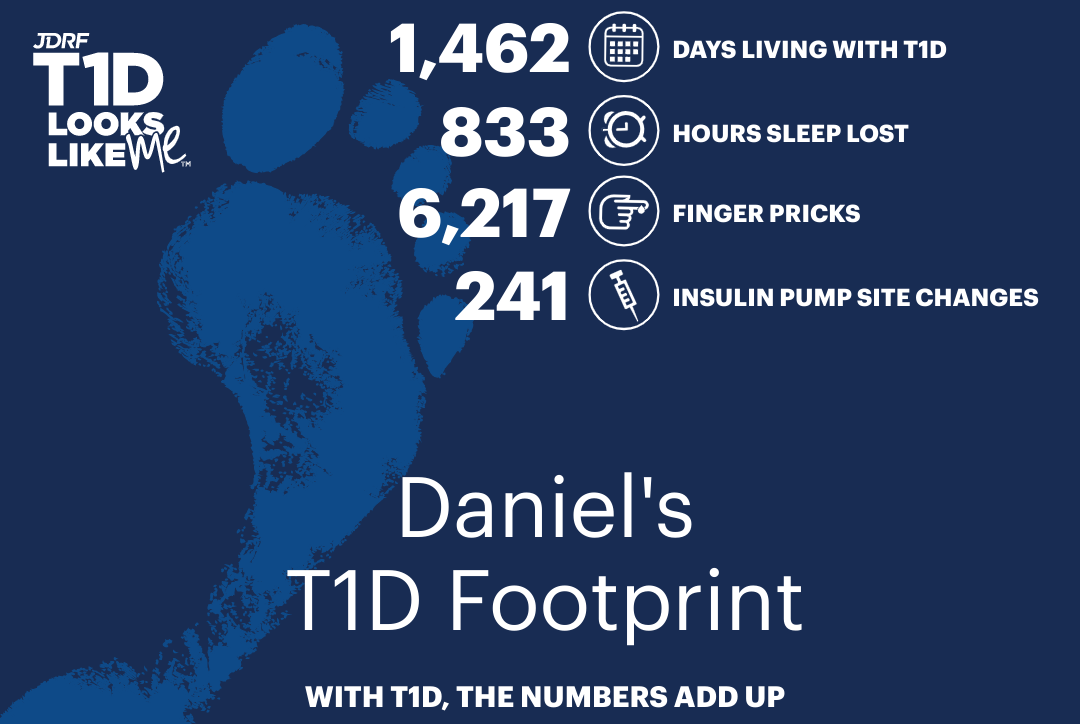