Last night, Daniel pricked his own finger for the first time.

Up to this point he’s just been picking which finger to prick. But last night, I decided it was time. I didn’t ask him, just simply handed him the alcohol wipe and waited, wondering what he would do. He was confused, but he did what I was expecting him to do and he wiped his finger off. Then, I prepped the lancet and handed it to him. Again, he was confused, then he hesitated. I said, "Go ahead.. Push the button." He hesitated still, so I just looked at him and smiled and waited.

He pushed the button! Barely flinched. It was a good shot, too. I was proud. He was proud. Maybe soon he’ll put the blood on the meter strip. 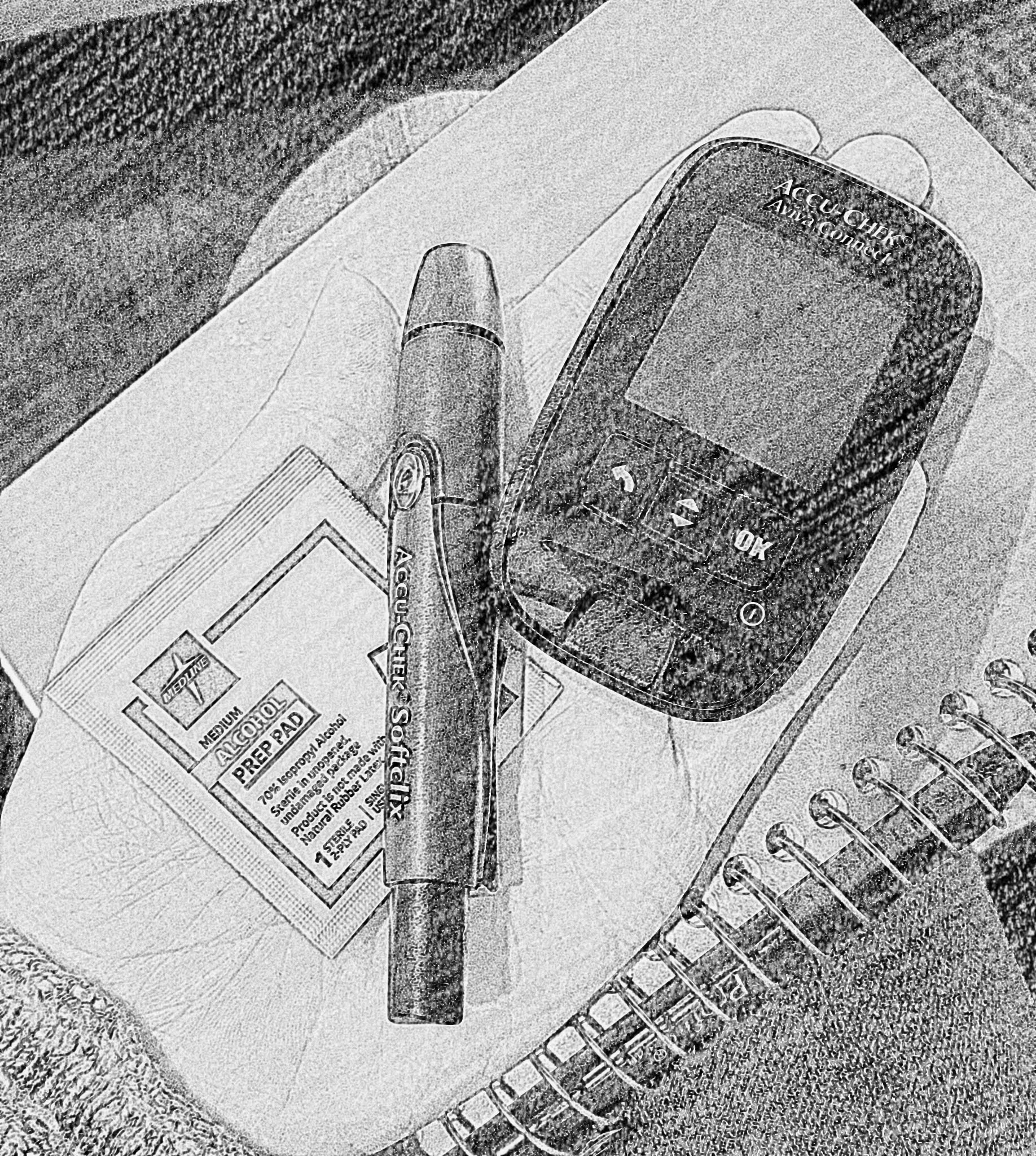